A Celebration Of The 9 Most Important Female Dentists In History 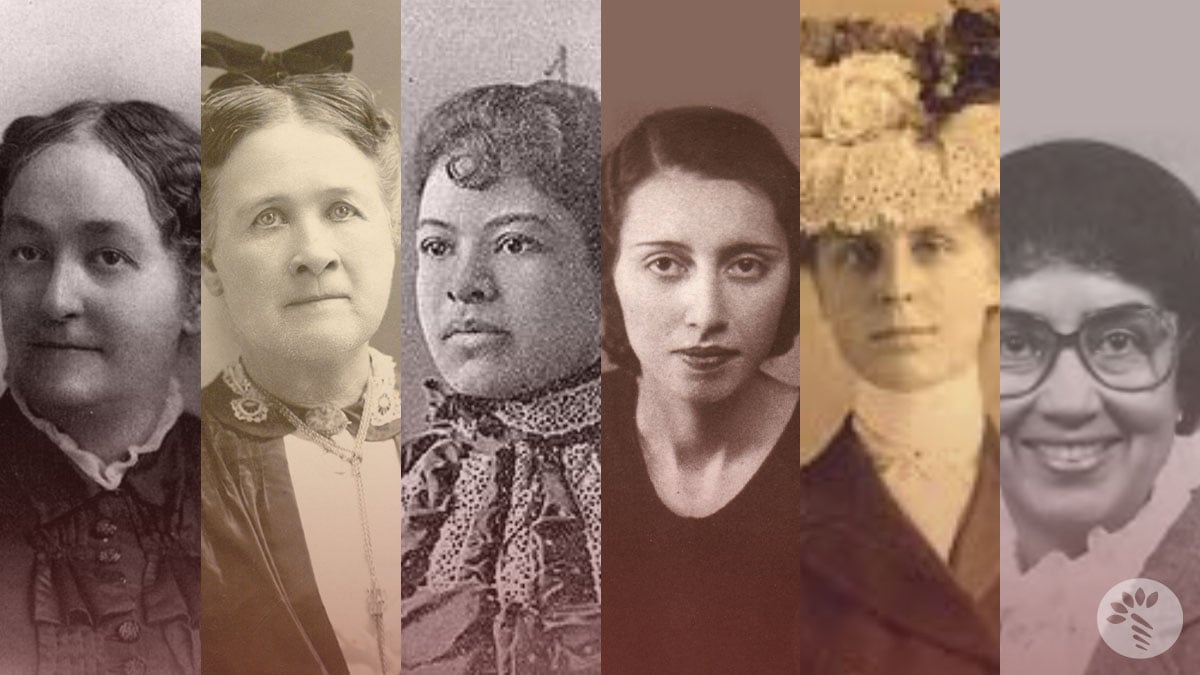 Dentistry hasn’t always been an accessible field to women. For years, women had to combat the damaging effects of social stigma and sexism so that they could provide care to their communities.

At times, the challenges that female dentists had to overcome were viewed as insurmountable. However, thanks to the passion and perseverance of a number of impactful female dentists, there are now more women entering the field than ever before.

In celebration of Women’s History Month, we take a look at some of these inspiring women to see how they paved the way for female dentists in the field today. 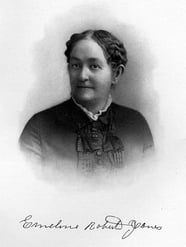 Emeline Roberts Jones lived in a time where the idea of a female dentist was not only laughed at but thought to be scientifically impossible. In fact, in one medical journal, the editor claimed that “The very form and structure of a woman unfits her for its [dental surgery] duties.”

As such, Emeline had to take a fairly unconventional approach to enter the field. After marrying dentist Dr Daniel Jones at the age of 18, he wouldn’t entertain the idea of her helping him as she had “frail and clumsy fingers”.

So, she studied in secret and eventually came to him with a jar of extracted and filled teeth to demonstrate what her “frail and clumsy fingers” could do.

He took her on as his assistant and just 5 years later they became partners. She was the world’s first-ever practising female dentist.

When her husband died in 1865, Emeline continued to improve her dentistry skills by travelling around America with her portable dentist’s chair to deliver care to those who needed it.

Lucy Hobbs Taylor had an incredibly tough childhood. Orphaned at the age of 12, she was forced to provide for her 9 siblings by working as a seamstress while still attempting to gain an education.

After working as a teacher for over a decade, she discovered a passion for medicine and attempted to enrol in two medical schools but was rejected from both because of her gender.

She didn’t let this stop her, and sought mentorship from professors and recent graduates so that she could eventually open her own practice. She achieved her dream in 1861 and spent the next 5 years developing her reputation as a skilled dentist. 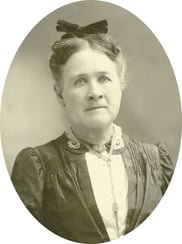 She officially got her degree in 1866 after only one year of school and became the first woman ever to receive a degree in dentistry.

According to the American Dental Association, the percentage of first-year female dental students has increased from 15.9% in 1978 to 47.7% in 2014, demonstrating the incredible impact that pioneers like Lucy continue to have to this day.

Amalia Assur was passionate about dentistry from a young age. Growing up in Sweden, she was educated by her father on the profession and worked as his assistant.

Her position was fairly informal and eventually, she was reported to Sweden’s authorities for practising without a proper license.

Her skills were undeniable, having spent so much time shadowing her father and soaking up all the knowledge he had to offer. So, Sweden’s Royal Board Of Health granted her special permission to practise independently, making her Sweden’s first female dentist.

Now, there are more female dentists in Sweden than male dentists, partly because Amalia helped normalise women to enter the field.

After enduring a difficult young-adulthood after the death of her single-parent mother, Ida Gray worked in the dental office of Jonathan Taft while she finished high school.

Taft had recently become the dean of the dental college at the University of Michigan and encouraged Ida to apply. He helped her prepare for the entrance exam and thanks to his mentorship, she passed with flying colours.

When she graduated, she was one of only three women in the graduating class and became the first-ever African-American woman to become a dentist.

She was also heavily invested in human rights issues, famously seeing both white and black patients despite growing up in a heavily segregated era.

Minnie was the first-ever dentist to fully specialise in treating children and pioneered the field of paediatric dentistry.

She recognised that dentists needed to alter their approach when dealing with children and dedicated her time to ensuring children had a more comfortable experience when they were in the chair.

Minnie also played a huge role in founding the Federation of American Women Dentists and helped found the American Society of Dentistry for Children.

Thanks to her hard work and empathetic nature, dentists all over the world are much more equipped to help children in their communities.

Badri Teymourtash was Iran’s first female dentist, and is often touted as being the nation’s “Mother of Dentistry”.

Impressively, she managed to gain her dental qualifications at a time when it was a criminal offence for women to practise dentistry in Iran. As such, she opened the door for women in the country to pursue a career as a dentist.

She was also a champion of human rights, providing dental care to those who couldn’t afford it and raising awareness for dental hygiene in developing countries.

Leonie is perhaps one of the most inspiring female dentists ever. She lived a staggeringly adventurous life that took her to the furthest corners of the United States of America, all while providing care to those who would otherwise go without.

Her life would make an amazing movie, just some of her achievements include:

Her life was incredible, and at the centre of it was an unquenchable desire to help the less fortunate.

In 1991, Geraldine became the first-ever female president of the American Dental Association.

She inspired many female dentists to aim for positions of leadership and is widely credited as an advocate of equality and inclusion within the field.

Jeanne made history in 1975 when she became the dean of Howard University’s College of Dentistry, making her the first-ever female dean of a dental school.

She began her studies at the age of 16 and used her contagious passion for education to encourage women and minorities to seek a career in dentistry.

She served on various national counsels, including the National Institutes of Health, National Academy of Sciences and the American Dental Association.

Jeanne received the Distinguished Service Award from the American Dental Association in 2015 and is widely recognised as a champion for more equality and diversity in the field.

Thanks to Jeanne’s determination to break the glass ceiling, women now occupy deanships at 15 of America’s 66 dental schools.

The determination and passion of female dentists to deliver optimal care to their patients is inspiring and RipeGlobal is incredibly proud to work with some of the best female dentists in the world.

From Dr Karyn Halpern’s resolve to master her craft to Dr Najiya Ilyas inspiring journey into dentistry, there’s so much we can learn from these knowledgeable women and we feel lucky to have them on the team. 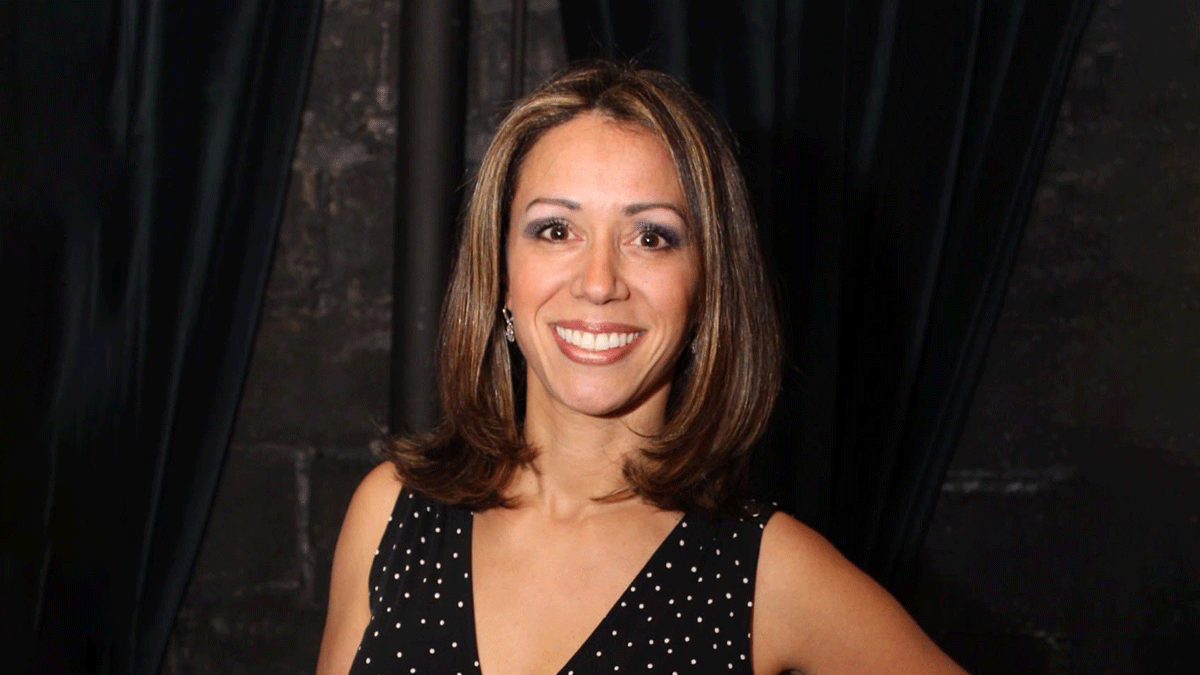